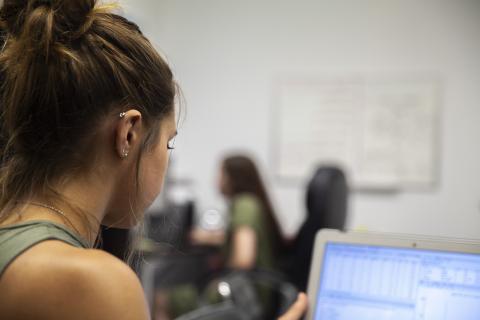 Mizzou's College of Arts and Science
2020

Opioid abuse and overdoses have reached epidemic proportions for much of the country over the past several years. While there are promising signs that the worst phase of the opiate crisis may be ending, with recent reductions in opiate overdose deaths in many states, scientists who study substance abuse and addiction say that the cyclical nature of drug epidemics makes addressing addiction a long term issue that requires vigilance, innovative approaches to treatment, and a workforce prepared to cope with addiction and its effects. A federally funded program at the University of Missouri aims to do just that by working to increase the number of scientists trained in alcohol and substance abuse research.

“We might be getting a handle on the opioid crisis, but there are signs that the availability and use of crystal methamphetamine is once again increasing,” says Professor Denis McCarthy of the Department of Psychological Sciences. “There tend to be cycles of drug issues, in part because the next generation of young people did not experience and may not remember the devastation from crystal meth in the early 2000s, so every generation has to relearn some of the lessons of addiction.” 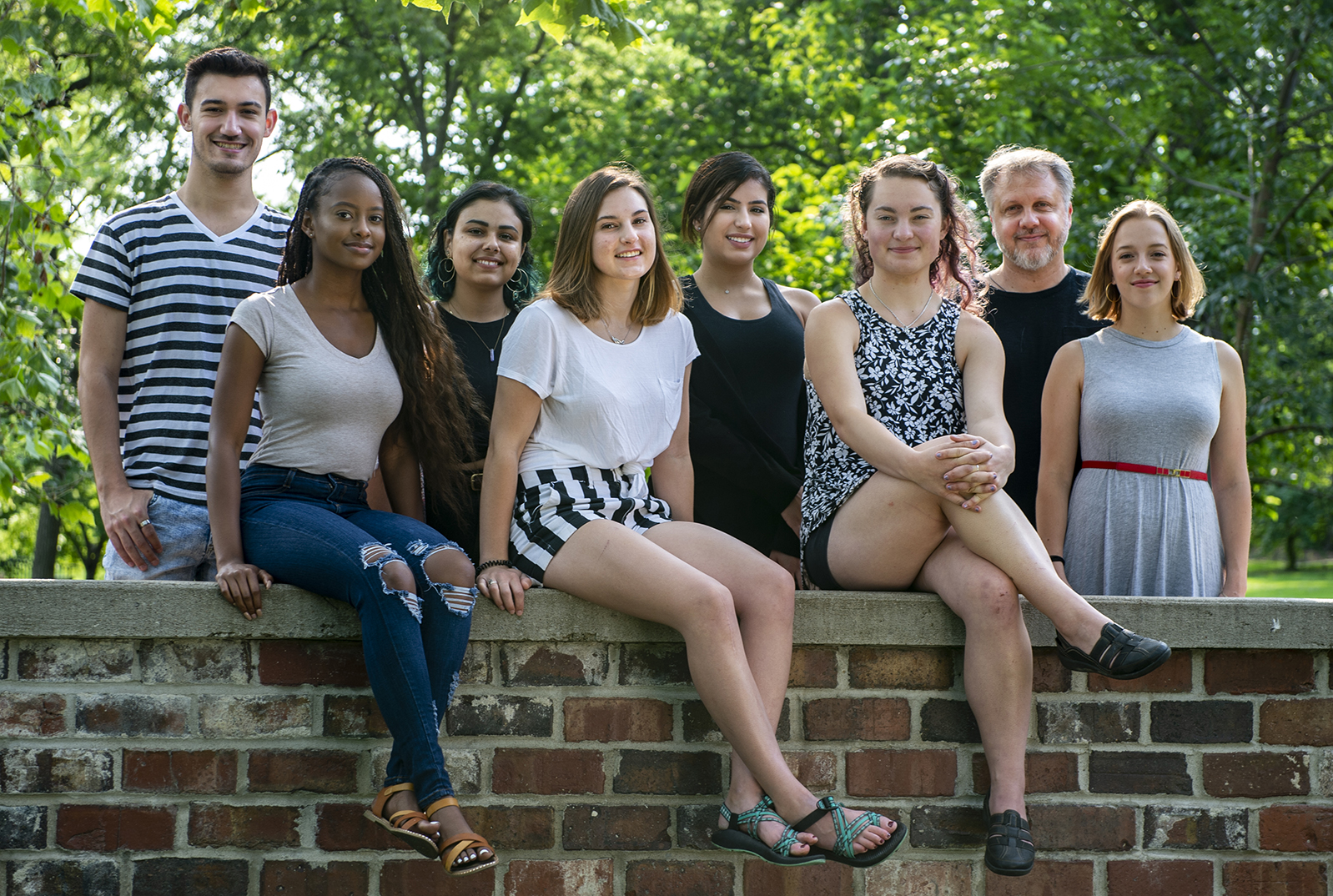 McCarthy is co-director of the MU Alcohol Research Training Summer School (MU-ARTSS), housed in the Department of Psychological Sciences, which has offered for the past four years an intensive, nine-week program for students interested in careers in alcohol and addiction. The summer school is supported by a grant from the National Institute on Alcohol Abuse and Alcoholism (NIAAA) and is designed to increase the number of scientists, particularly those from underrepresented populations, studying alcoholism and other forms of addiction. MU-ARTSS just completed training for a cohort of seven students interested in alcohol research selected from a pool of over 90 students that had applied to this prestigious program.

Given the number of active research labs in MU’s Psychological Sciences department, Mizzou students routinely have the opportunity to gain direct research experience in psychology, either through an internship course for credit, or through the Honors Capstone course for students interested in research careers. The MU-ARTSS program is designed for students who are interested in gaining addiction research experience, but may not have those same opportunities at their home institution, either because of the size of the college or because there are not addiction scientists working at their school. 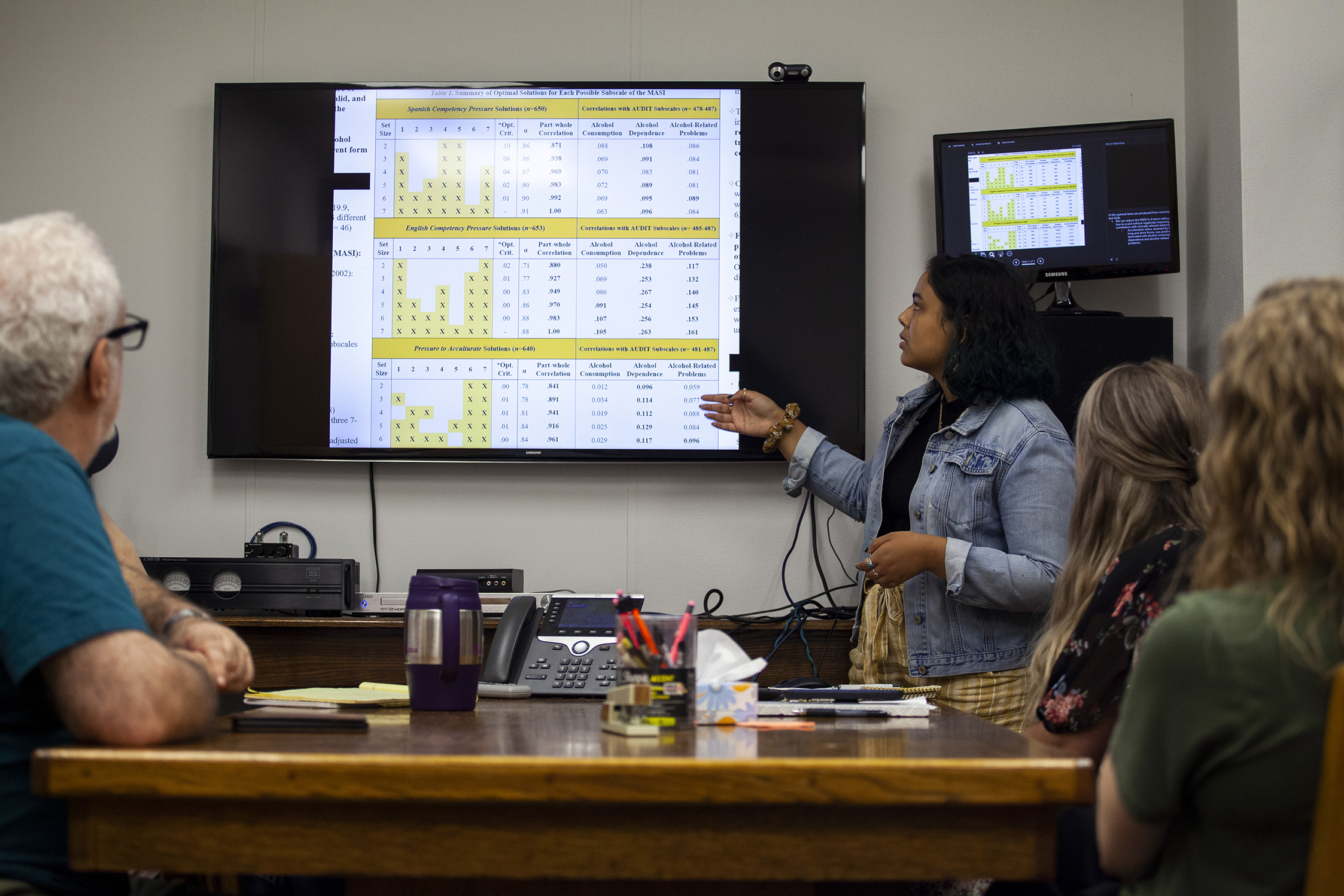 The Alcohol Research Training Summer School started in 2011 as a joint venture between the University of Missouri and Washington University in St. Louis. Half of the students worked in labs in Columbia, while the other half worked in St. Louis, which presented some logistical problems. As the five-year grant supporting the initial program was winding down, McCarthy says Curators’ Distinguished Professor Ken Sher wanted to ensure the effort continued, so they wrote a proposal to the NIAAA to house the program at MU with seven students each summer. Drs. McCarthy and Sher also run a training program for pre-doctoral and postdoctoral trainees, and see programs like MU-ARTSS as a way to increase the pool of students prepared for post-graduate addiction training.

“We found ourselves competing with other doctoral training programs for a limited pool of well-trained applicants. We realized we had to focus on undergraduate training to widen the pipeline so we weren’t all fighting over the same group of qualified people,” McCarthy says.

He says many universities do not have addiction training programs, and this is a major limitation for their students interested in graduate training in addiction. So, in order to increase the overall number of addiction scientists and researchers, the MU-ARTSS program targets undergraduates, especially students from racially or economically underrepresented populations, as well as students from smaller schools with little or no research opportunities. The MU program basically prepares undergrads for graduate training in either the study or treatment of addiction. 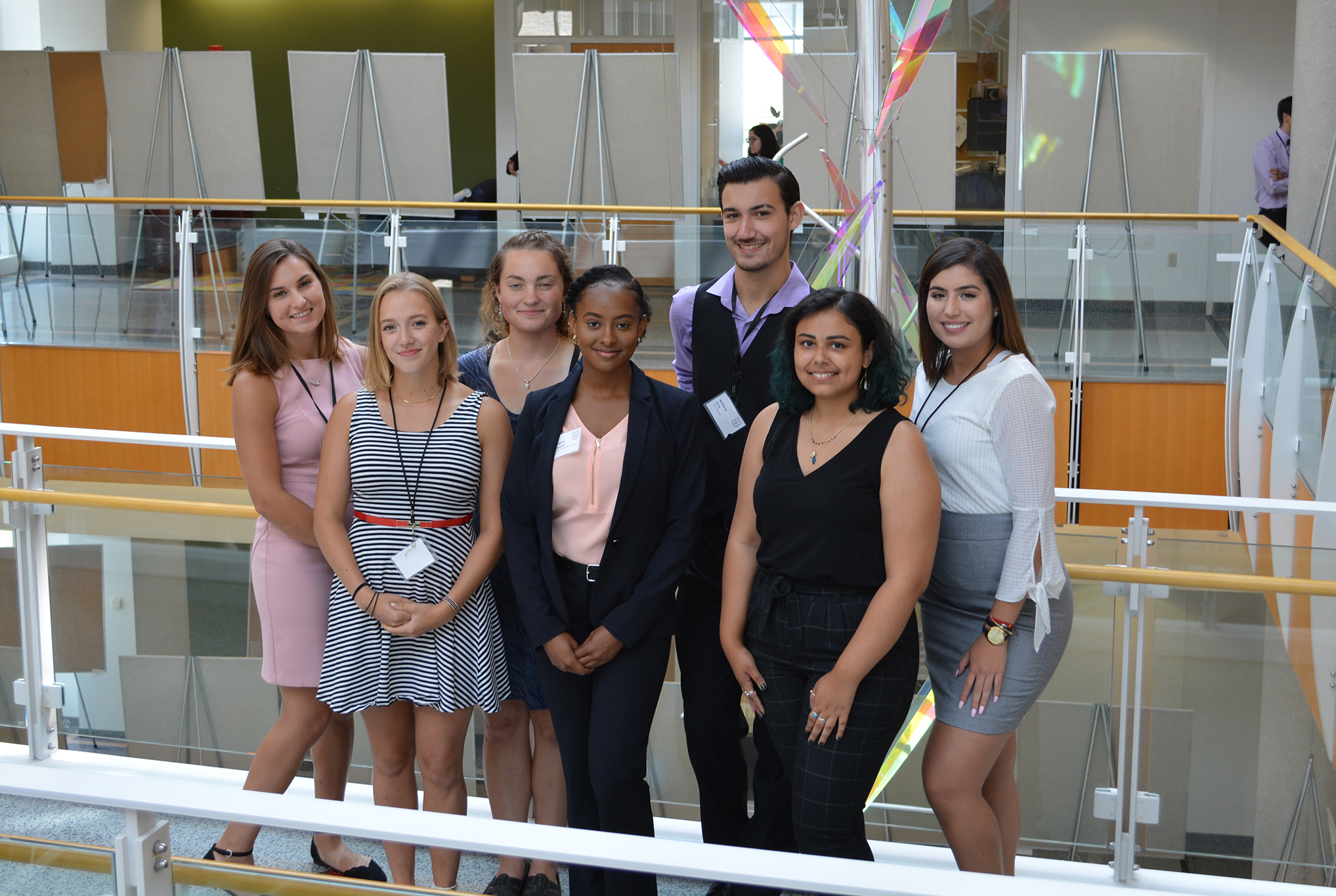 Callie Vitro, Elsa Rodriguez, Madeline Conway, Carington McGowan, Anthony Cruz, Kayla Osman, and Maria Zapata take a break during the Summer MU Undergraduate Research and Creative Achievements Forum at the Bond Life Sciences Center. As part of the MU-ARTSS program, each student created a poster to present at the forum.

Maria Zapata, a senior majoring in psychology at Florida International University, had an opportunity to work with Curators’ Distinguished Professor Tim Trull in his personality and emotion lab. She plans to focus on substance abuse and says the program gave her an idea of what to expect in graduate school.

“You don’t have set hours, but you need to get the work done and have the work ready for lab meetings and meetings with your mentor,” she says. “MU helped me open my eyes to what kind of lab to choose in grad school because the lab here was awesome. I might look into coming here for grad school.”

The MU-ARTSS program begins with a week of lectures providing an intensive introduction to alcohol research, followed by an eight-week research internship in the lab of an MU-ARTSS professor. Those professors represent a wide array of expertise in the science of alcohol and addiction, including genetics, personality, psychopathology, social and affective neuroscience, and social network analysis. The paid internships are full time, and the university covers their housing on campus. McCarthy says university-provided housing is key for a lot of applicants, many of whom are trying to save what they earn in the summer to pay for classes in the fall. 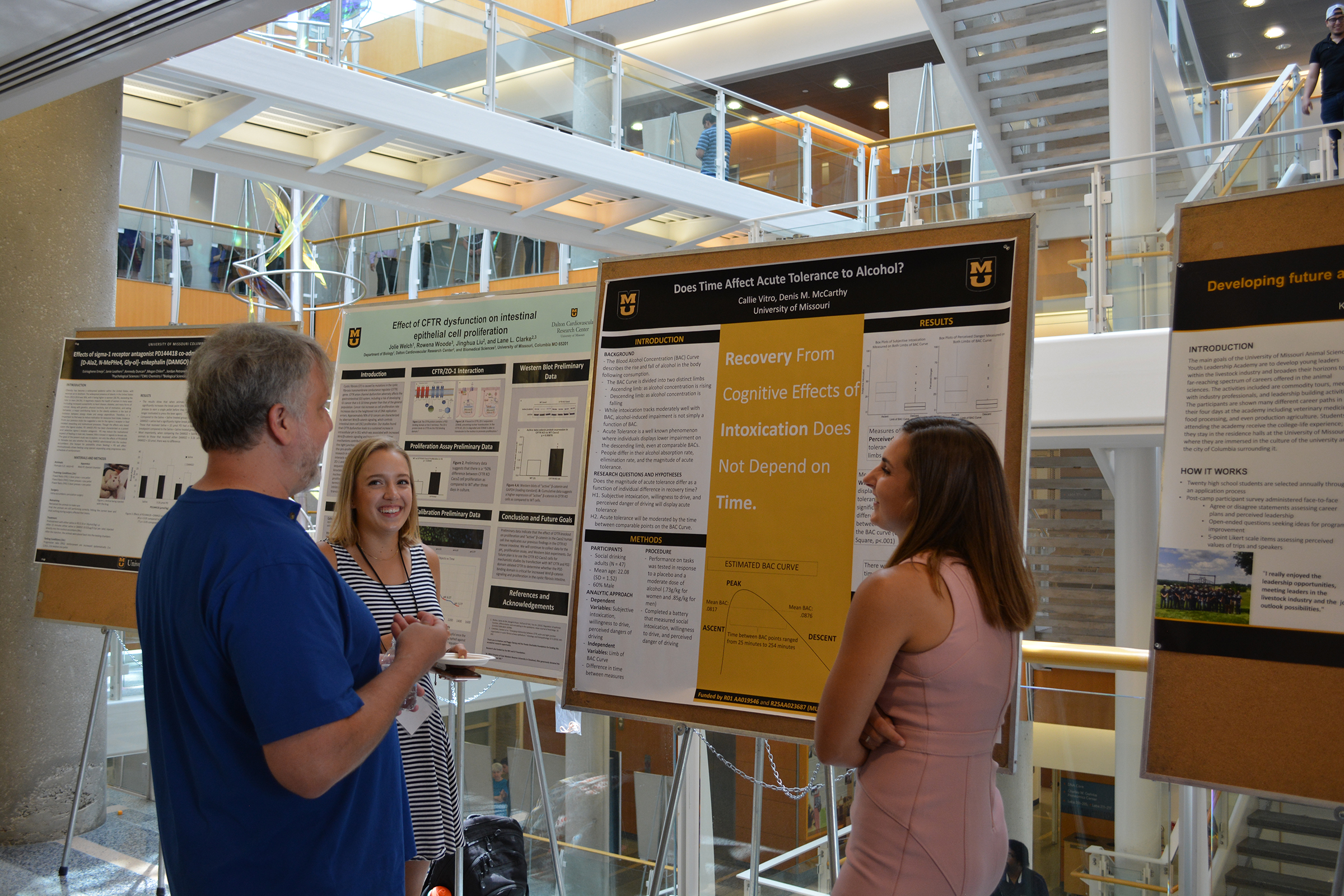 The first week of the program is designed to get everyone up to speed on the latest research on alcoholism and related disorders.

“It was intense because it was lectures from nine to five, and we had to try to keep up with it,” Zapata says.

Associate professor Ian Gizer, co-director of MU-ARTSS, says the students spend the first week learning about the psychosocial and biomedical aspects of alcohol use and disorder, its causes, consequences, and treatment.

“Before lunch it’s didactics, where they are sitting in a classroom; then in the afternoon we try to have a more hands-on experience, so they are going to see the brain imaging center or a lab that does electroencephalograms or one that works with wearable sensors,” Gizer says.

Anthony Cruz, a senior majoring in mathematics and psychology at Ohio University, thought MU-ARTSS would be a good way to get research experience.

“I’m interested in cognition in general, so I would like to employ some of the research methods they use in the labs here to see how alcohol impairs cognition,” he says.

Cruz was paired with Professor Clintin Davis-Stober, who conducts research within the emerging field of behavioral decision making.

“Most of our first week together, we talked about math because there is a lot of math in what he does,” Cruz says. “He answered all of my questions about grad school or finding mentors, as well as the different kinds of programs I could look into. It solidified my choice of what I want to do and removed the anxiety from the process.” 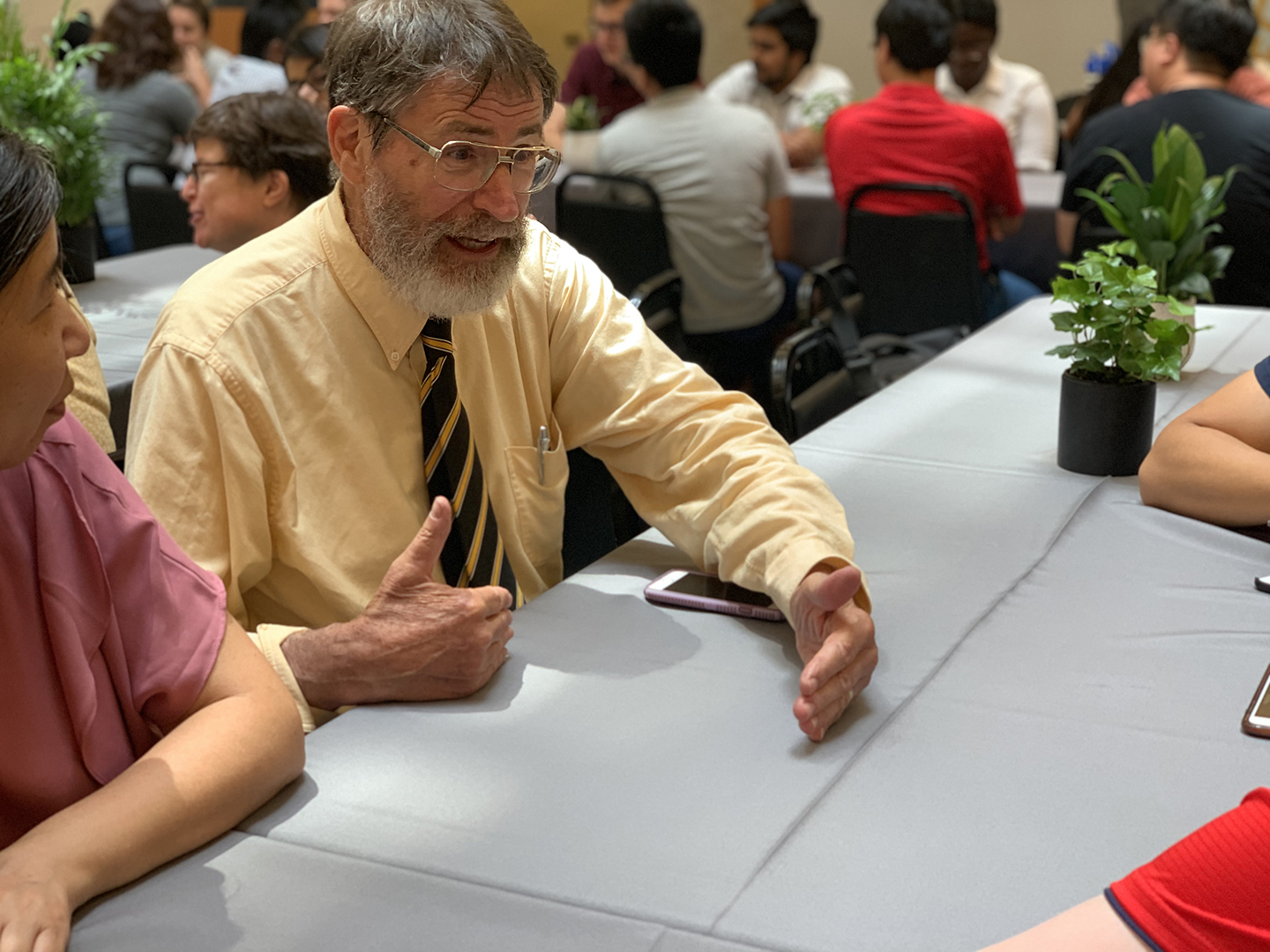 MU's Nobel Laureate and Curators’ Distinguished Professor Emeritus of Biological Sciences George P. Smith was the featured speaker at a goodbye luncheon for the MU-ARTSS students.

Students participating in the MU-ARTSS program are part of the larger MU Undergraduate Summer Research Internship Program, which hosts about 100 students from universities and colleges across the nation each year. The seven students selected for the MU-ARTSS program each summer develop and conduct a research project and then develop a research abstract and create a poster based on their project to present at the summer MU Undergraduate Research and Creative Achievements Forum in July. There was also a goodbye luncheon for the summer students that this year featured remarks by MU’s Nobel Laureate and Curators’ Distinguished Professor Emeritus of Biological Sciences George P. Smith.

Each summer, McCarthy attends a national conference on alcohol research, and this year he bumped into three former MU-ARTSS students at the conference.

“They are all in PhD programs, and all of them said the MU-ARTSS program was important because it gave them a sense of what grad school would be like,” McCarthy says. “They each said they were doing fine in their graduate programs because they knew what they were getting into.” 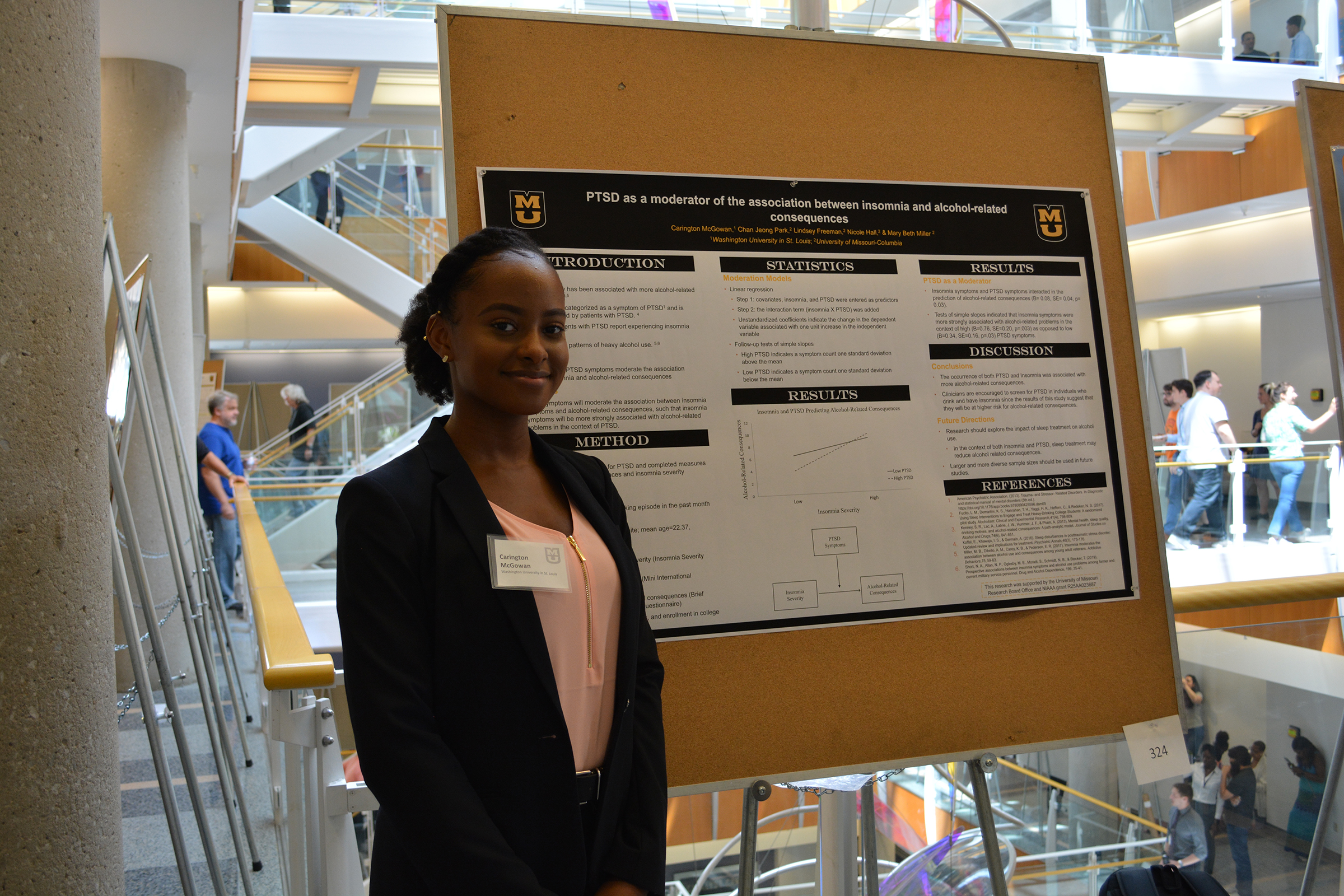 McCarthy says he and his colleagues would like to recruit some of the MU-ARTSS students for the department’s doctoral programs, but that is not their top priority.

“Our top priority is getting them into the best program for them,” he says. “Last year, I interviewed two of the students for our doctoral program, and in both cases I recommended they go to other programs because they were a better fit.”

McCarthy says they stay in touch with the students long after they have completed the program, in part to track the program’s outcomes.

“Their success is going to contribute to the continued success of MU-ARTSS, so there is no daylight between what we want for them and what they want, which is to succeed.”

McCarthy and Gizer recently submitted a proposal to continue the MU-ARTSS program, and received a very favorable review of the application.

“We’ve done a really good job during these four years, and I think we have a good plan for the next five years,” McCarthy says. “We’re still short of addiction scientists, but programs like this are helping.”